People converged from all over the world for two full days of action-packed sessions. In many instances, there were 10 sessions running concurrently.

Naturally, the audience was extremely active on social, resulting in the #SMMW15 hashtag trending and some remarkable social reach.

Here are a few stats from the first day, Thursday, around 5pm when sessions concluded:

Additionally, not only was the hashtag performing well in San Diego, and, more broadly, the US, but the reach was international. It’s also interesting to note the array of hashtags used along with the variety of devices from which people were engaging online. 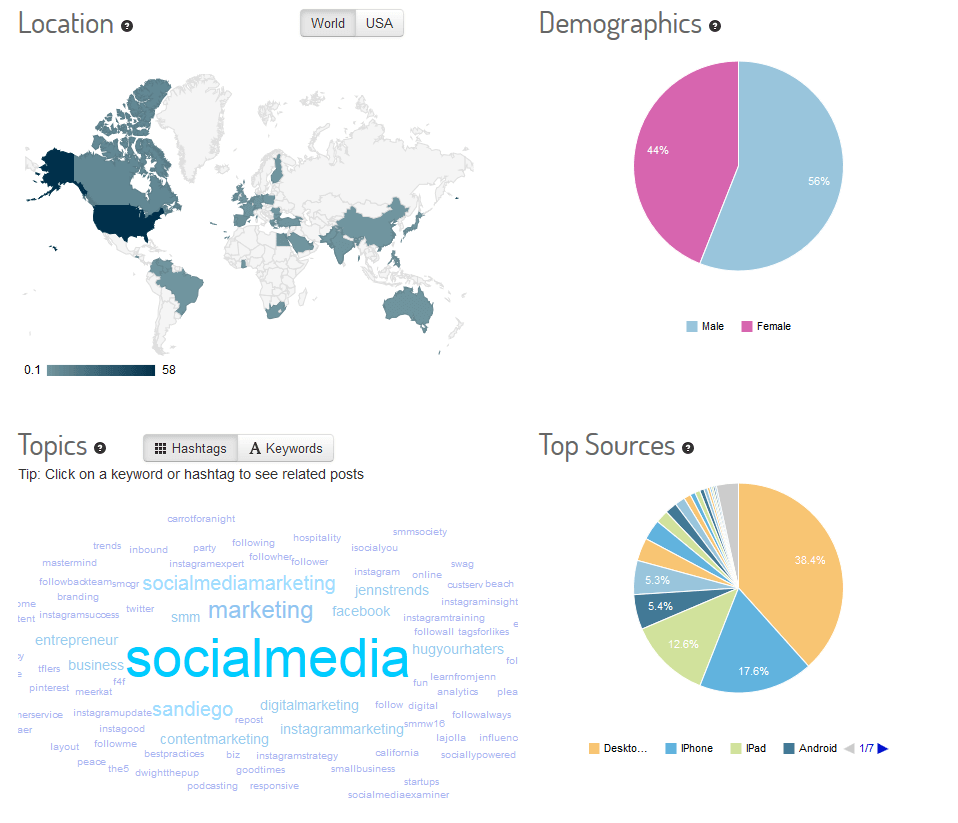 Here were a few of my own key takeaways from the sessions I attended:

Strategy gives you direction but tools help get you there quicker. Have a strategy in place, then move to tools. – @IanCleary #SMMW15

.@bevjack recommends changing your social media passwords at least once a quarter, and always when someone leaves your co. #SMMW15 — Debbie Miller (@TheBigDebowski) March 26, 2015

It would be difficult to fully dissect two full days of learning, but here is just a small sampling of a few key takeaways from the social media conference, shared via Twitter:

“The future of social media is not in demand creation it’s in organizing content” @ducttape #SMMW15 pic.twitter.com/WpL6NubiaN

The average lifespan of a tweet is one hour! @Ekaterina #SMMW15 pic.twitter.com/VvrmfX43Ab

A smile should be part of an employee’s uniform – even online. @JohnDiJulius #SMMW15 #custexp

#SMMW15 Social customer service in 4 words from @thesaleslion: They ask, you answer.

Did you attend #SMMW15? What were your biggest takeaways?