What We Can Learn from T-Mobile’s Social Strategy

As far as anyone can tell, T-Mobile CEO John Legere’s social playbook comes with two steps. Step 1 is speak out. Step 2 is be outspoken.

And while Legere isn’t the sole voice of the company, T-Mobile’s posts and tweets have earned it a bad boy rep among the major carriers. Like its CEO, T-Mobile tends to play fast and loose on Twitter and on Facebook – sometimes to the point of being accused of questionable taste, but more often to the tune of big wins. That’s just how things unfold when a company is one of the most social, not only within its space but also across industries. 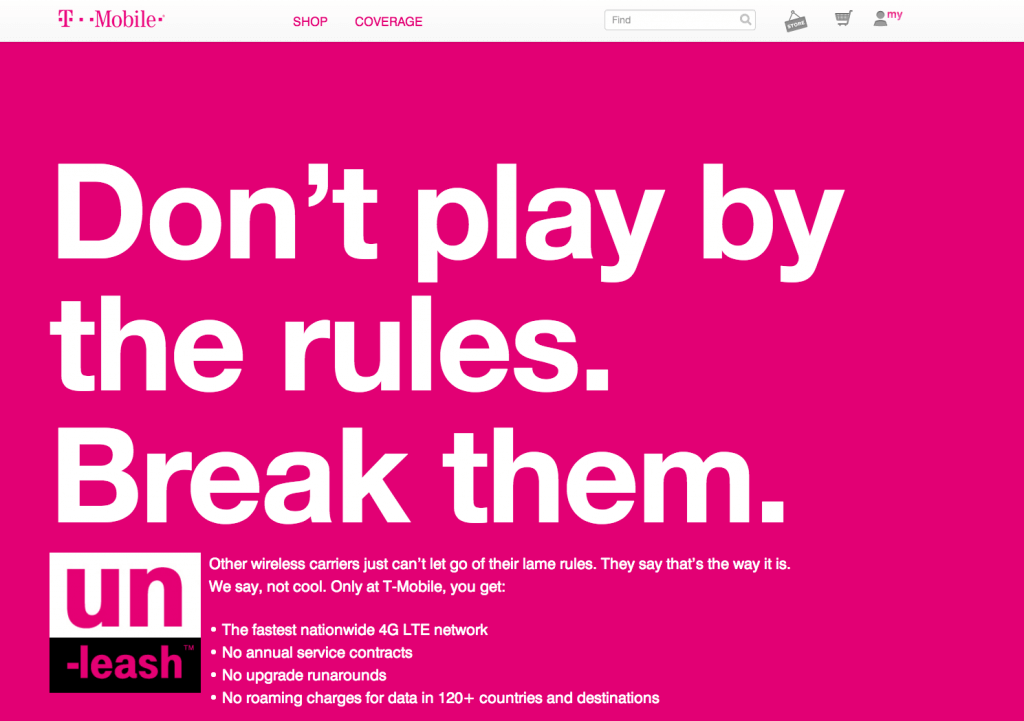 How social is T-Mobile? Devotedly so, to the point of answering many questions and comments within an hour of the original post going live. The company has landed the top spot in Socialbakers’ quarterly responsiveness reports multiple times for response rates that get amazingly close to 100% across channels.

It’s a lot of work spread out across a lot of social staff but the payoff is there. T-Mobile’s messaging has a tendency to go viral, with followers and fans doing much of the heavy lifting during the brand’s major campaigns. Hashtags like #breakupletter, #unleash and #nocontract spread across the social landscape, solidifying brand loyalty and attracting the attention of potential customers.

T-Mobile is also timely, keeping its message fresh and never too salesy. For the 2014 World Series, the company (along with the MLB) had people belting Take Me Out to the Ball Game and posting vines with the hashtag #TheBig7th in the hopes of being featured during Game 4.

How does inviting people to take part in the most epic seventh inning stretch ever sell plans and phones? It probably doesn’t. Not directly, anyway. That’s not the point. You share your vines with T-Mobile because you want to get on TV not because you love the company.

But, when down the line you’re shopping for a new carrier, T-mobile is going to pop into your head with a pleasant association attached.

In other words, free 4G LTE data and no contract options are great, but true engagement and getting people involved in a shared experience can do a lot more to get them excited about your brand.

T-Mobile is plenty active on Facebook but Twitter has definitely become the brand’s platform of choice – possibly because of the kind of two-way access it offers. There’s nothing stopping your average Joe or Jane from giving pop stars, pro athletes or, yes, CEOs a piece of their minds.

Could it be that some of Legere’s outspoken energy is fueling the brand’s social strategy? We don’t even have to ask because he answered the question pretty definitively at the 2014 GeekWire Summit, saying:

“The truth is, I learn almost everything I need to know to run T-Mobile [on Twitter]… I take every tweet that comes in and I read it. I forward it to people. My executive team gets them, we reply, and at my staff meeting every Tuesday, we track social media impressions, what they are and how we’ve responded to them. It takes a ton of time, it’s a lot of fun… I listen, and I respond.” 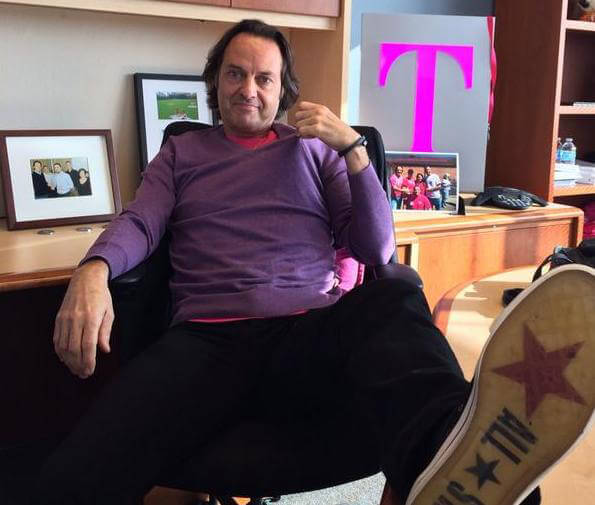 And that’s exactly what T-Mobile as a company is doing, and doing well. Its two-year turnaround has been amazing to watch – and still is. The fact that they’ve shown five consecutive quarters with over 1 million customer additions is proof positive their overall marketing strategy, which is incredibly social in nature, is worth imitating.

What do you think about T-Mobile’s approach to social media?

Best Practices for Data-Driven Marketing
Interactive Content: What Is It and How to Master It
How To Turn Negative Social Media Comments Into Positive Marketing
Leveraging Storytelling to Boost Marketing Success
How to Find the Most Success on Instagram