Restaurants on Instagram: When Food Going Viral is a Good Thing 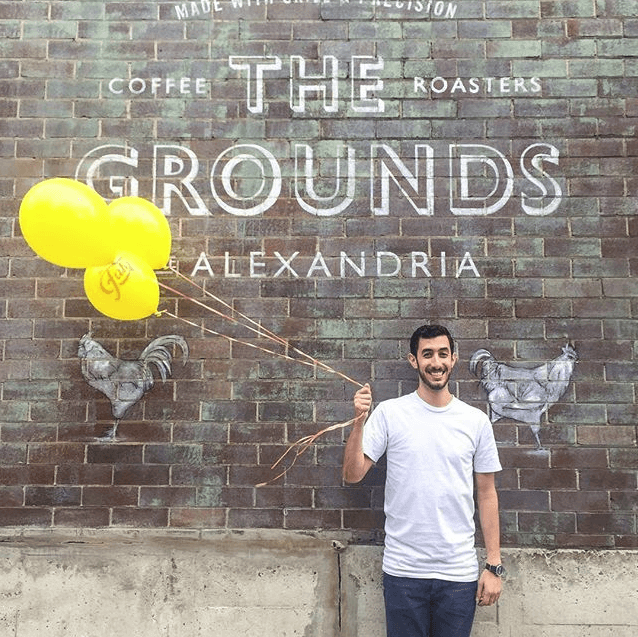 It’s easy to blame the smartphone for any number of annoying things we may experience in our daily lives: pedestrians walking in front of moving vehicles, public bathroom selfies, or having to listen to Rammstein on public transit because the guy next to you forgot his headphones.

But one thing that gets lumped in with this is people’s tendency to bust out their phones in a restaurant for an impromptu photo session with their meals. 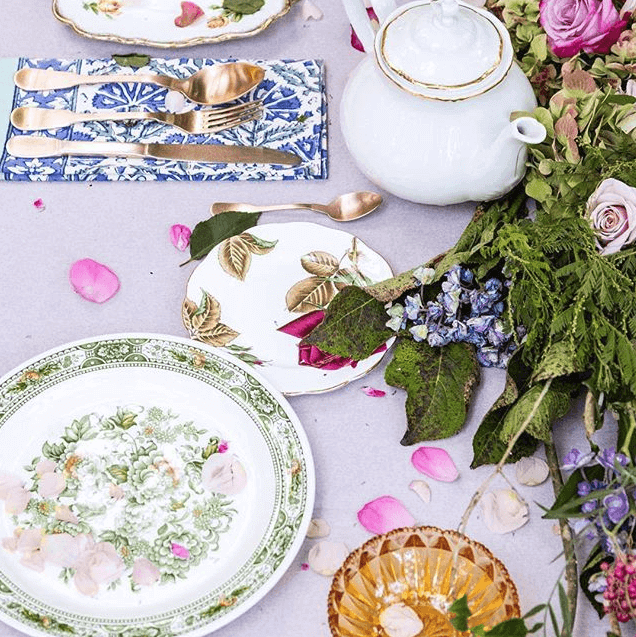 Sure, it’s annoying to have a butt from the table next to you in your face as the body it’s attached to blocks out the table for the perfect Instagrammable tableau.

But minus the social media, people have been preserving their meals in pictures pretty much forever.

Nobody criticized the caveman who reproduced images of his meals (albeit in its live, running-away-from-death form) as a narcissist.

No one has started a Tumblr that shames oil painters for their still lifes of food, but if a hipster snaps a latte he’s bound to end up here.

Remember, before he died, Vincent Van Gogh was just another guy with a thick beard who wore funny hats and painted images of what he ordered at the cafe.

He wasn’t yet famous for his talent so, really, he was just an annoying hipster.

That doesn’t necessarily mean that the dude in the skinny jeans with the sculpted beard and pork pie hat taking a selfie with his tea carafe is a genius—but it’s possible, so let’s cut him some slack.

Besides, restaurants and cafes are wising up to the marketing benefits of all this and now encouraging their customers to snap away and share their photos anywhere their social media attachments take them.

If you can’t beat ‘em, the saying goes, exploit them for free advertising.

At The Grounds of Alexandria cafe in Sydney, they’re doing exactly that. To say it’s a coffee shop would be an understatement.


It’s more like a coffee-shop thought up by people who drank a ton of coffee and then spitballed ideas in a caffeine-fueled brainstorming session: they roast their own beans, grow their own food in a permaculture garden, operate a coffee “research facility” they’ve dubbed the Coffee Academy (which also holds coffee classes for the general public), and their current list of job openings is so various it looks like more like a catalog of available positions through a staffing agency. 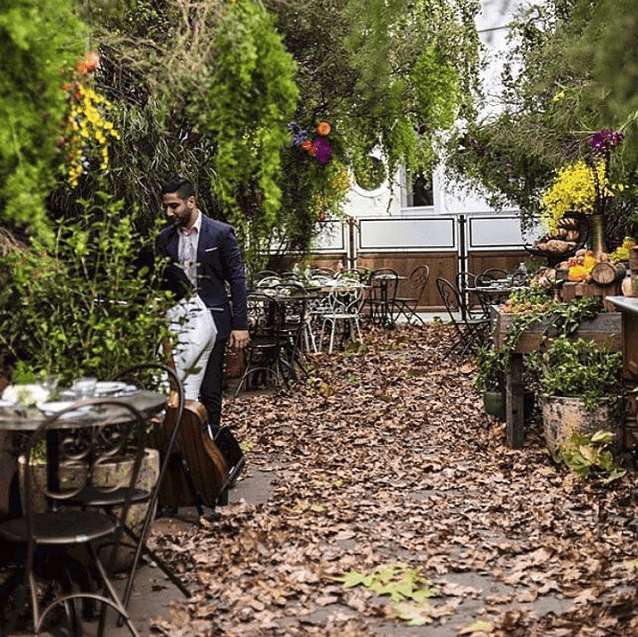 They also employ a full time food stylist whose job is to make sure every plate of food, and every display inside the store, is as photogenic as possible. 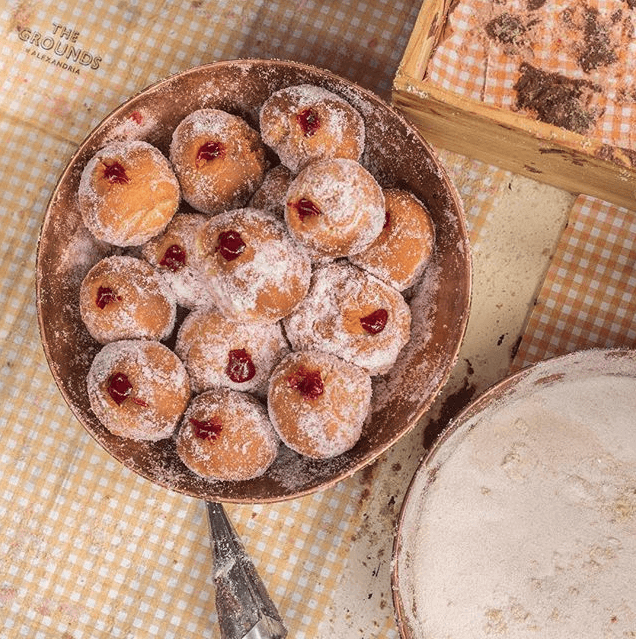 The stylist works with a horticulturist to bring out the beauty of everything they serve, and with 54,136 Instagram posts (at the time of this writing) tagged #thegrounds it’s become the sixth most Instagrammed location in Australia.

On a continent boasting natural wonders adapted to each of its 8 distinct climates and an iconic opera house, that is no small feat.

The cafe’s ownership maintains that with their emphasis on presentation—which you’ll find in their potting shed and dining room, as well as on the plates themselves—this kind of social media sharing is inevitable.

Their feed alone is responsible for over 2,200 posts over the 4 years they’ve been open—a rate of 1.56 pictures a day—but I guess that just happens naturally when you’ve employed two full time social media managers. 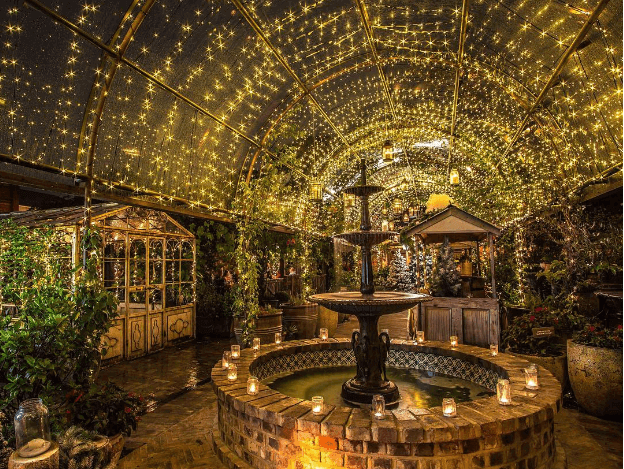 The Grounds of Alexandria may be the most successful at making its food go viral (McDonald’s doesn’t count: E. coli is a bacteria), but it certainly isn’t the only one.

A few years back, Bird’s Eye—the frozen vegetables company—launched a pop-up restaurant in England called the Picture House, where diners could pay for their meal by taking and sharing a picture on social media with a custom hashtag.

This was done to promote their brand—the restaurant itself is just a component of their marketing strategy—but clever ideas like this not only bring people into restaurants.

They offload a huge amount of effort and cost onto customers who are happy to do an ad agency’s dirty work of distributing the message.

Birds Eye might be a huge multinational—and, sure, not everyone has the resources to launch a whole new restaurant for what is essentially an ad campaign—but they’ve shown how hospitality businesses can leverage the power of social media to their advantage.

And The Grounds of Alexandria has shown that It’s not enough to open your IG/Twitter/Facebook feeds and post one-way content.

Plus, their strategy is almost like a two-for-one deal.

Money that would have been allocated to marketing gets thrown towards what appear to be ancillary positions like Food Stylists.

They invested in making a better, more attractive, product, and were rewarded with an organically achieved and low-cost marketing plan.

You don’t need buckets of money to target your message to the right people.

Think outside the box, get creative, and—most importantly—get your customers involved.

You’ll find them in your dining area, or in your CRM database, or stored in your cafe point of sale.

They’re the people who already love your cafe, so you can trust them with the message.

They say a picture is worth a thousand words, but with restaurants on Instagram the value could be way more than that.

Author Bio: Dave Eagle is a writer and photographer, but necessarily not in that order. For the past few years, he’s been writing about POS for Kounta. He lives in Vermont, USA, but has prose in different area codes.