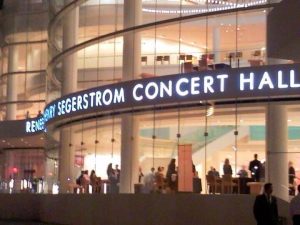 On Thursday, hundreds of people gathered in the beautiful Renée and Henry Segerstrom Concert Hall in Costa Mesa to hear Seth Godin speak. The event provided a unique opportunity to hear first-hand from a highly-respected individual in the marketing world.

As stated in Seth’s bio:
American Way Magazine calls him, “America’s Greatest Marketer,” and his blog is perhaps the most popular in the world written by a single individual. His latest book, Poke The Box, is a call to action about the initiative you’re taking – in your job or in your life, and Seth once again breaks the traditional publishing model by releasing it through The Domino Project. 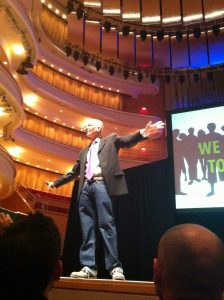 om Seth’s presentation was to take initiative. He opened with a photo of cafeteria ladies and made the point that cafeteria ladies, by virtue, were underappreciated and replaceable. We need to strive to not fall into such a lull. With current internet trends evolving more rapidly than ever before, we no longer have time to copy the guy before us, to merely blend in. He noted that many people don’t take leaps out of fear, when really, fear should be motivating – if you were to assume that the next thing you’re going to do is fail, there’s nothing to be afraid of.

Many people don’t take risks because they’re afraid they will fail, but, as Seth stated, “you can’t flip a one-sided coin.” You have to have failure, you have to have fear, in order to reach success. Figure out how to make an art that matters, and, literally, GO.

Seth included a few lists of six factors that provided a backbone for his presentation:

The first was “Six Things that are Foundations of a Functioning Organization” –
Be:

The second list was “Six Things for a Successful Project” –

The third, “Six Things You Need that You Can Bring to the Capital” – 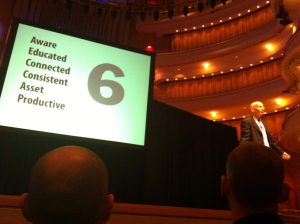 What are some of the ways that hospitality venues can use the above points to take initiative in their marketing?