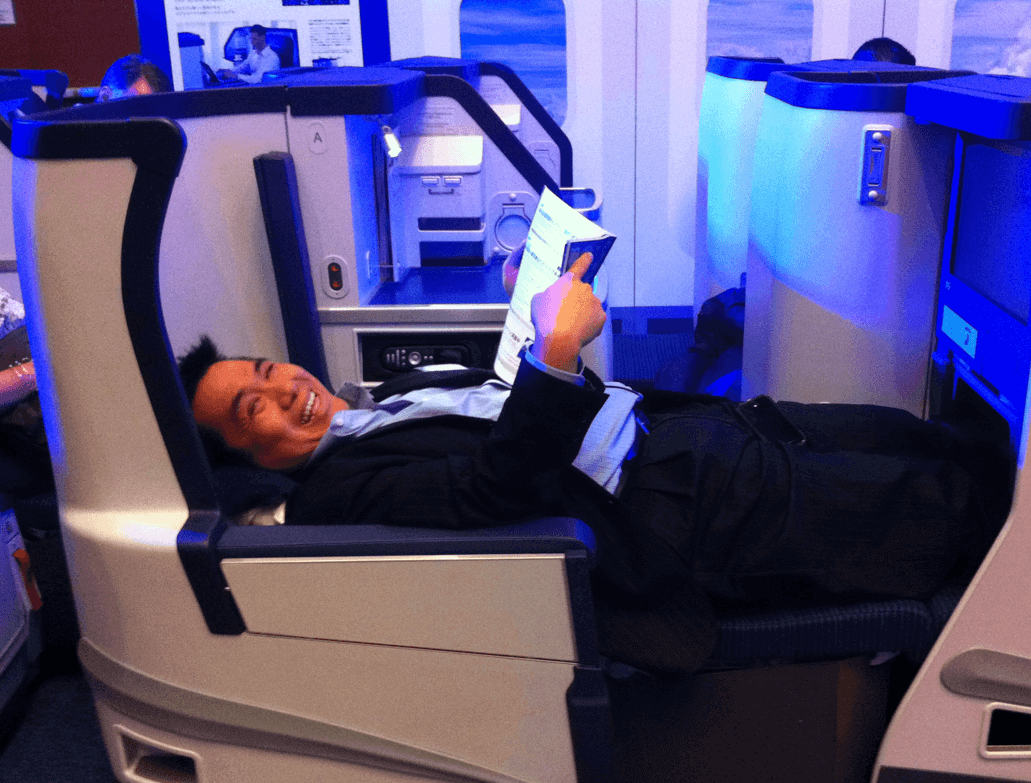 All Nippon Airways (ANA), Japan’s leading airline carrier, recently announced that its “Inspiration of Japan” service brand will be introduced to the Los Angeles-Narita (Tokyo) route beginning January 2012. It will also be launching from San Francisco, CA in December.

Under the “Inspiration of Japan” umbrella, ANA is gradually renewing its international products and services with the motto, “Innovative, original and inspired by modern Japan.” They embrace the challenge of constantly innovating and keeping pace with the changing tastes and preferences of valued customers, as well as consistently exceeding their expectations.

To celebrate and spread the word, ANA hosted a showcasing event last week at the JW Marriott in Los Angeles that featured First, Business and Economy class mock-up seats displayed along with several presentations. The night also included hosted food and beverages plus numerous members of the ANA staff on-hand to personally talk with guests, share information and answer questions.

Invitees included travel agents, members of the media, and a number of social influences connected to the brand’s Los Angeles-based brand ambassadors. Using the hashtag #ANALAX (reflecting the airline’s new service to LAX), attendees were encouraged to tweet about the event and share information, photos and more. They did just that, and it resulted in 5.4 million brand impressions!

Not only are events like these creative, but they’re also excellent marketing for several reasons:

I was fortunate to be able to attend the event and thought it was fantastic. I respect that ANA trusted their brand ambassadors to invite “real” people (and possible consumers) to “sample” their product, and definitely have a personal association with the brand that I wouldn’t otherwise have been able to attain.

Getting to personally sit in the first-class seats was really awesome. There is a ton of space, and the seats are staggered so that everyone has an aisle seat. They also shift all the way back while the area just in front where your feet can rest (even while sitting up-right) moves forward, stimulating a literal bed to sleep on for the long flight. There is also a thorough, gourmet food and beverage menu available; widescreen LCD touch panels not only for entertainment, but for people to hook in their own iPods or portable devices to enjoy their own videos, photos or music; office space via newly-installed sliding tables and more.

How to Find the Most Success on Instagram
4 Social Media Themes to Watch in 2022
How to Use Social Media to Manage Your Online Presence
An Overview of TikTok Advertising for Businesses
How to Improve your Social Media Marketing with Hashtags
Tags: airline travel,social media events