Cleveland’s Chandalier Selfie Does it Right 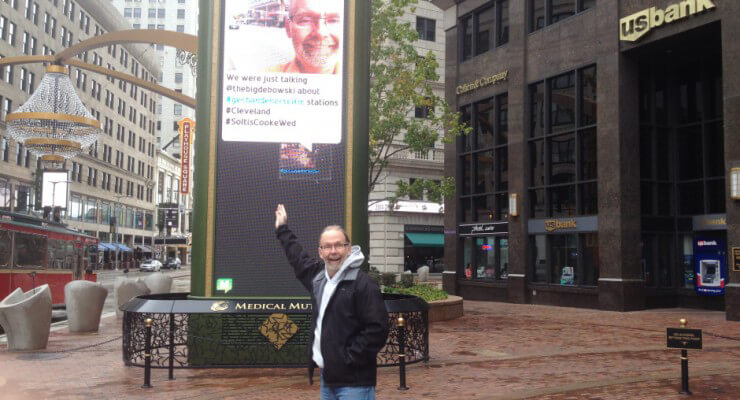 Nothing makes a hospitality professional enjoy a mini vacation more than great hospitality. Cleveland does hospitality the right way. From the street level to the hotel penthouse, Cleveland did not disappoint. A short weekend trip for a family wedding was special because Cleveland does it right.

On the overnight drive to Cleveland, I shared Debbie Miller’s article on creating a great social media experience in the hospitality industry. Posting to my own Facebook page, I encouraged my fellow hotel operators in Cape May to read about Debbie, an expert in hospitality-oriented social media, and the use of hash-tags in destination marketing. 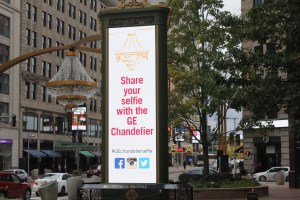 Imagine my delight when I encountered a real-time example of what the article exemplified. In the middle of Playhouse Square where the wedding guests stayed, hung an enormous crystal chandelier.

Sponsored by General Electric as a boost to the local redevelopment, a “selfie-station”, coordinated by the Playhouse Square organization, is set up right in the middle of the square. 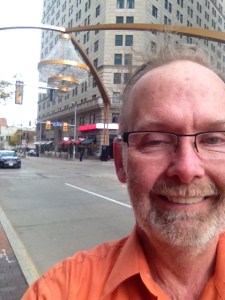 Naturally, I couldn’t resist the temptation to take a picture as the tourism/social media people in Cleveland would expect.

After several attempts at getting the picture just right (contrary to popular belief I am not an avid selfie-taker) I posted the image to Instagram with the required hashtag #GEchandelierselfie and went on my way.

The rest of the afternoon and evening was spent exploring the area up and down Euclid Avenue, getting a feel for the layout of what was to be a short weekend trip.

It wasn’t until well into Saturday morning that I got the news. As the bridesmaids were getting ready in the suite facing the chandelier, the bride looked out the window and spied “uncle John.” She would later tell me what a huge stress reliever it was to see the digital billboard light up with my image and her wedding hashtag and of course, everyone had to know how I made that happen. 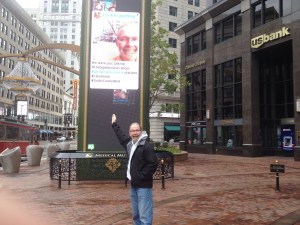 Creating an on-property experience for a hotel is important. For a destination, it is a great way of engagement that makes the visitor’s experience and in this case the fellow traveler’s visit that much more special. Cleveland does it right.

The social media aspect of my trip was a pleasant surprise. The customer service and human interaction were also first rate. Wondering the streets of Cleveland and immersing myself in the local scene I encountered Louis an ambassador with the Downtown Cleveland Alliance organization.

Resembling one of Cape May’s summer yellow-shirted policeman, I approached Louis with a question about a local retailer in the downtown area. Louis sprung into action. After a couple of radio calls and a phone call, Louis rode his bike three blocks to confirm the store I wanted was open and had what I needed. When he returned, he offered to walk me to the location. I was impressed. Cleveland does it right. 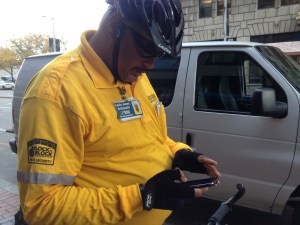 True confession: I don’t get out of Cape May often. Annual vacations are about it- in between long seasons of serving the tourism business and guests. When I do get away, like any hospitality employee I appreciate good service. Louis, and Cleveland do it right.

This story was contributed by John Cooke. John has more than 30 years of experience in the Hospitality Industry, from owning a 100-seat restaurant to managing an 800-room hotel in Philadelphia. He has expertise in reputation management and social media. As Chamber of Commerce President, John regularly consulted with businesses about social media and marketing programs.