The Business of Halloween [Infographic] 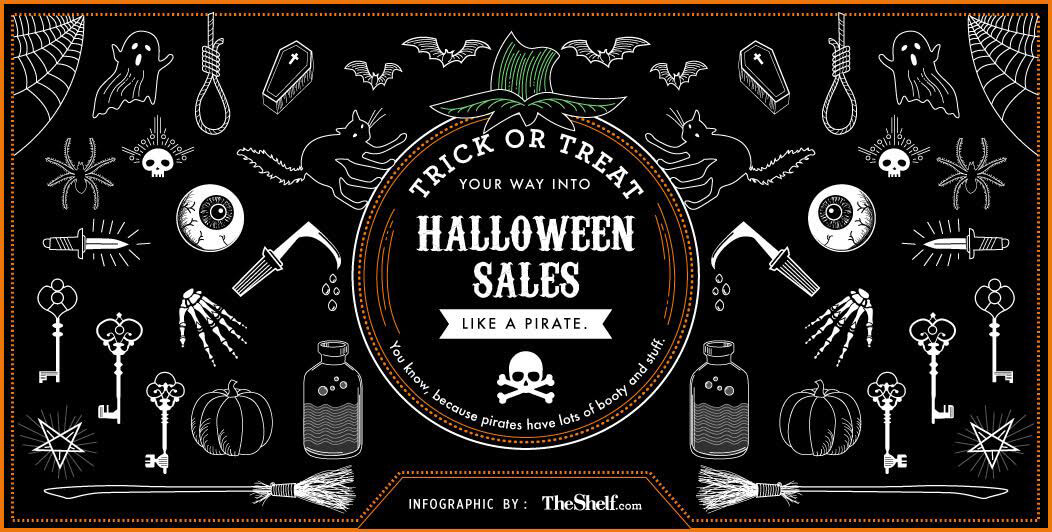 It’s that time of year again when everyone launches into a frenzy of costume planning, pumpkin carving, and gooley party decor prepping.

A lot of money is spent on Halloween:

17% of people use Pinterest to find costume inspiration, up 133% since 2012. — NRF
27M Pinterest users pinned Halloween content last year. — Pinterest
273M ideas were pinned  for Halloween last year. — Pinterest
40% of people on Pinterest plan for Halloween several months in advance. — Pinterest
72% of smartphone shoppers research an item before purchasing it. — Nielsen
40% of people said they’ve purchased an item online after seeing it used by an influencer on Instagram, Twitter, Vine or YouTube. — Annalect
36¢ of every dollar spent in a brick and mortar store is influenced by digital. — Deloitte
86% of women consumers agree with the following statement: “Social media content has become a chief source of online research when I’m thinking about making a purchase.” — Influence Central

The team at The Shelf turned these stats and others from a recent NRF study into an informative infographic:

(Pie chart breakdown of what people are doing on Halloween.) — NRF
(Hack the Hoodie details) — Today

Best Practices for Data-Driven Marketing
Interactive Content: What Is It and How to Master It
Leveraging Storytelling to Boost Marketing Success
How To Repurpose Blog Content Across Social Media Platforms
The Importance of Monitoring Digital Marketing Metrics