What Brad Pitt and Social Media Have in Common 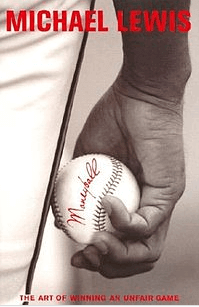 I recently saw the movie Moneyball, and, while I’m not hugely into baseball, really enjoyed it. The story, based on the book by Michael Lewis, was fascinating, and it was enticing to watch Brad’s character go up to bat (no pun intended) with figures who told him his new, different line of thinking would never replace an old one.

The central premise of Moneyball is that the collected wisdom of baseball insiders (including players, managers, coaches, scouts, etc.) is subjective with statistics such as battering averages and stolen bases used to weigh player value. The movie is based on the true story of the Oakland A’s manager, Billy Beane (Pitt), who, when faced with the reality that his team has a budget less than a third of that of the Yankees, for example, pursued a new strategy for putting his team together.

Rather than stick with fellow baseball know-it-alls, Beane opts to hire Peter Brand (played by Jonah Hill), a Yale economics grad who proposes a new system for selecting players, one that involves statistical analysis rather than studying videos of potential.

Without ruining too much, many predictable obstacles ensue: Beane is told he’s crazy. He’s told this will never work. He’s told he cannot change the game. That the old way of playing the (player-selection) game has been the same basically forever, and it’s a system that works. It’s a tilted system that favors the more economically inclined, but it’s the way it’s always been.

When I was thinking about the film afterward, I realized the new strategy displayed could be likened, in many ways, to the evolution of social media. Social media has shaken up the public relations, marketing and customer service worlds. It was approached cautiously at first, and to much skepticism. Why change traditional marketing and PR? They work. They function in a way that they’ve always functioned.

Yet, as we all know, even though traditional methods did, and do, still work, incorporating in these new options also works. And with a lot of tweaking (Beane adjusts his team several times), it can produce something really amazing, and reap the same kinds of benefits that those who still play the game the old way have amassed over the years.

Like with baseball, social media has helped even an uneven playing field …

Snapchat Marketing Tips: How To Build an Audience
A Guide to Inbound Marketing Best Practices for 2021
How to Meet the Expectations of Your Millennial Customers
How to Push Boundaries and Take Risks With Your Content
Tired of Writer's Block? Here are 5 Useful Tips
Tags: moneyball,moneyball strategy,social media,strategy