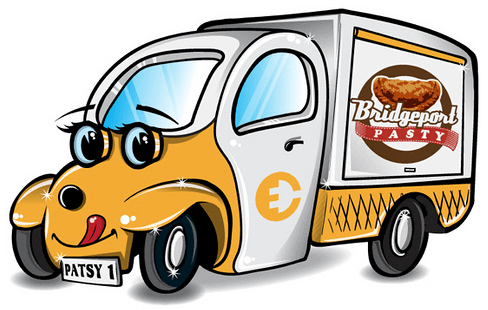 Have you heard of pasties (“pass-tees”)? They’re large, savory pies that are the national dish of Michigan’s Upper Peninsula. They originated in Cornwall, England before traveling to Michigan with the Cornish tin miners in the 1800’s, and  were considered a convenient, easily portable and nutritious food.

Around Labor Day 2010, Carrie Clark and her husband Jay Sebastian decided to bring pasties to Chicago. Once they began developing recipes, the next dilemma was figuring out how to get them to people. After their initial desire to sell their homemade pasties from a cargo bicycle was shut down by City Hall around Labor Day 2011, they decided to go with a mobile food truck…

While beloved by foodies, mobile food trucks are generally not the most environmentally-friendly business model — they require a lot of gas as well as a lot of power to prepare the food in the vessel.

With that in mind,  the new owners of Bridgeport Pasty wanted to do things differently. Carrie and Jay opted to go with Patsy the Pastymobile, a Global Electric Motorcar vehicle.

This tiny, all-electric truck has a top speed of 26 MPH and a range of 30 miles on a full charge. The truck runs on nine, 8-volt gel batteries that recharge via a 72-volt DC charger, which plugs into a wall outlet. Sebastian calculates that Patsy costs 1.5 cents per mile in electricity to operate, whereas an SUV or small truck that gets 14 MPG costs 29 cents per mile in gasoline. A large food truck probably gets even worse mileage. It also has the ability go reside safely indoors along with many tight spaces regular trucks may not regularly be able to maneuver. 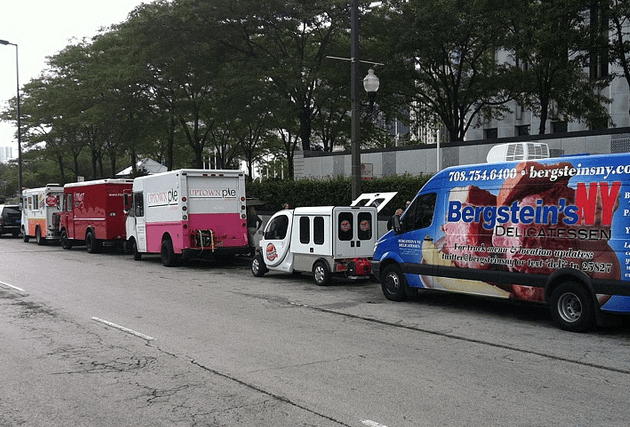 Bridgeport Pasty uses Twitter and Facebook to communicate with fans and get the word out about their whereabouts, and they also keep folks up-to-date on the latest pasty news via their blog. Devoted foodies can also subscribe to the truck’s newsletter or opt-in to receive text message updates, providing a good variety of ways for people to interact with the brand.

When asked about feedback amongst the larger, gasoline-fueled trucks, Sebastian noted, “I think they envy us only in that we can park a lot easier than they can.”

Covid-19 + Restaurants: How Mobile Chatbots Can Help
6 Tips on How to Recover from a Social Media Disaster
7 Content Marketing Trends To Look Out For in 2022
3 Ways To Manage Engagement On Social Media
How to Increase Conversion Rates with Influencer Marketing
Tags: eco friendly,food trucks,green