Pinterest’s New Design: Love It or Hate It?

In March, Pinterest rolled out a new design for its profile pages. As expected, users flipped out.

It’s a little known fact that social media users don’t really adapt well to change when it comes to Facebook, Twitter and now, Pinterest. When activity on these sites is so much a part of people’s everyday routines, it’s understandable that redesigns might not be immediately accepted. But change is inevitable if social media wants to remain fresh in a constantly-changing Internet market.

While many Pinterest users are up in arms about the new profile designs, the new layout has its benefits – especially for businesses using the site to increase brand awareness. 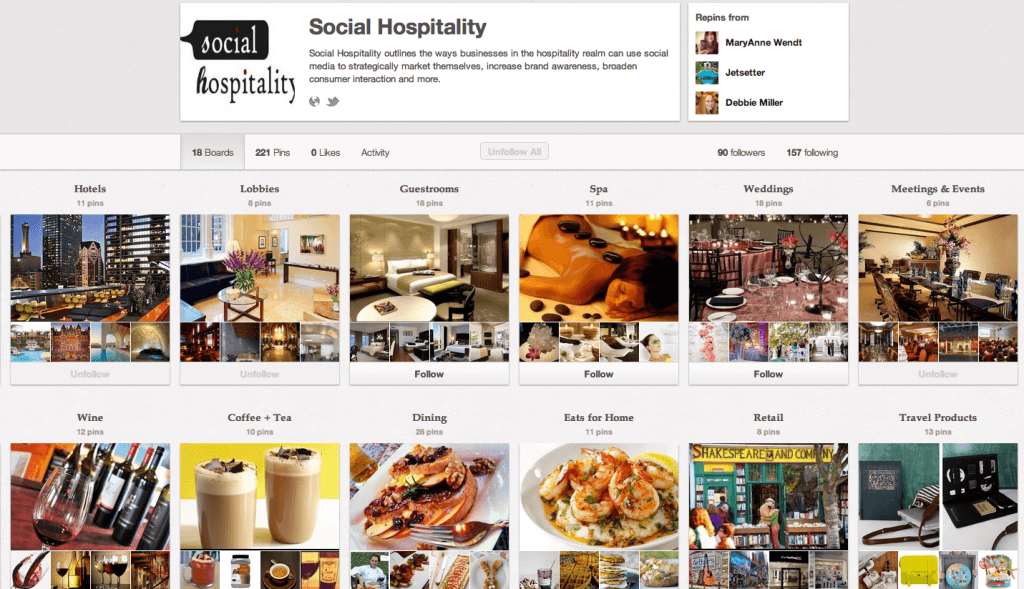 Here’s what I love and hate about the new Pinterest design.

By now, most people are used to the changes, and have probably already warmed up to them. Until the next redesign, of course.

So, what do you think about Pinterest’s new profile pages?

This guest post was contributed by Jacqui Mackenzie. Jacqui is a writer for Straight North, an Internet marketing agency that specializes in Search Engine Optimization in Chicago, in addition to social media marketing, PPC and web design. Jacqui writes for clients ranging from broadcasting equipment suppliers to providers of fume hood testing. Check out the Straight North Blog, or follow @StraightNorth on Twitter. 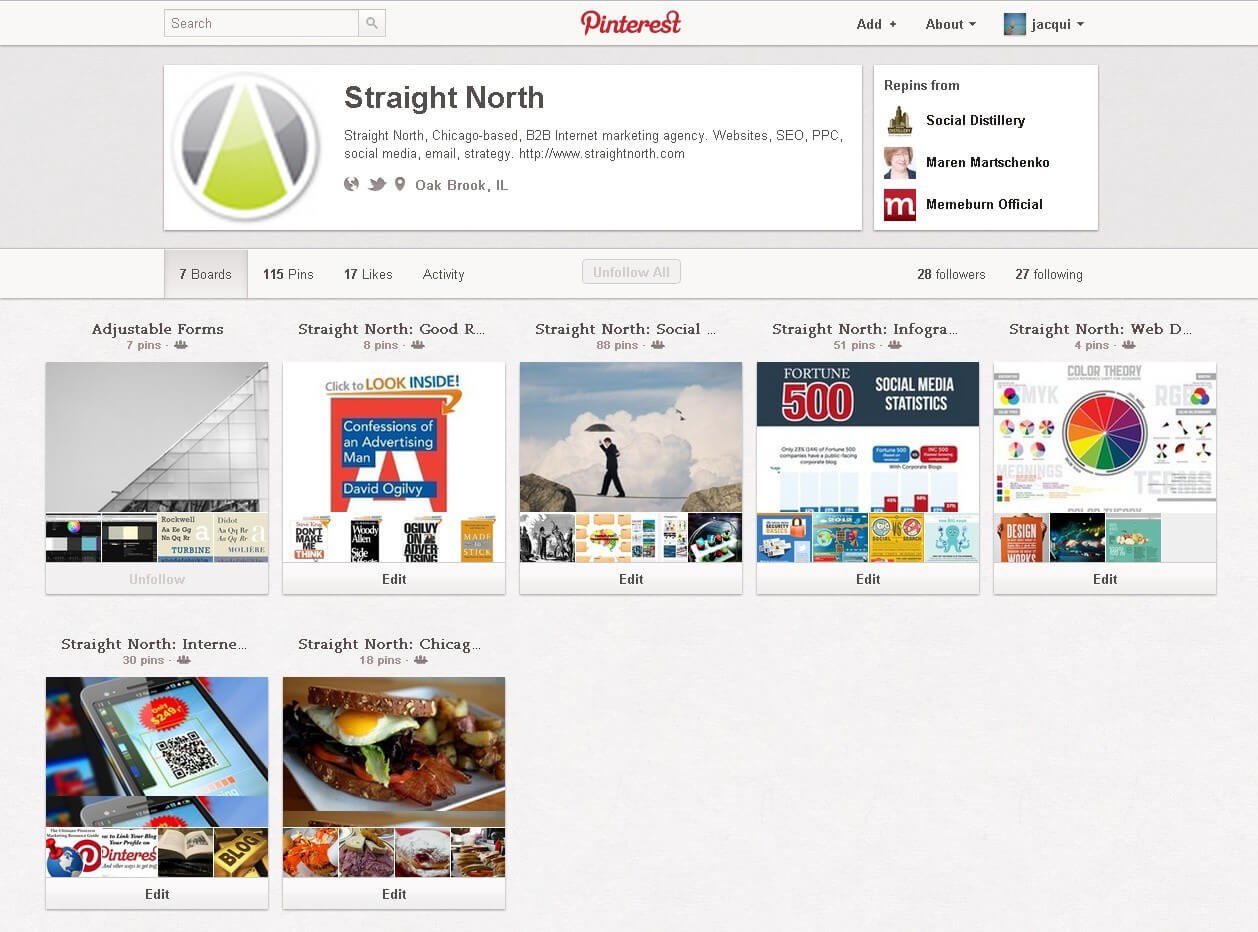