Cash Registers vs iPads: Pros and Cons to the Shift to Tech

According to their Facebook bio, Urban Outfitters is the biggest small retailer in the world. Noting that’s a contradiction, the brand says they don’t intend to make sense on paper, and they don’t even have a logo.

It’s no surprise, then, that this out-of-the-box boutique retailer is fine with challenging the status quo.

According to Business Insider, at last week’s brand analyst day, Urban Outfitters revealed that they are going to phase out cash registers in favor of Apple touch-screen products. 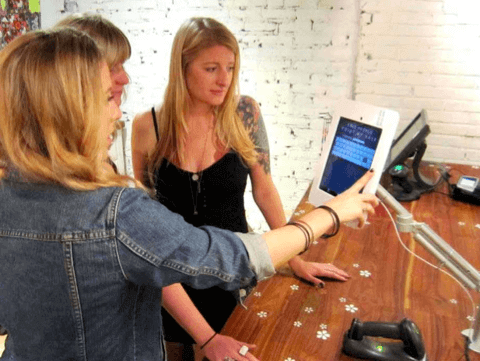 The sales people will have iPod touches, similar to the Apple store (known for its wire-free, personal service), and the formerly on-counter registers will be replaced by iPads on swivel devices, allowing for cashiers to be on the same side of the counter as shoppers.

The company’s CIO Calvin Hollinger noted that purchasing iPads are about one-fifth the cost of cash registers, and provide a more diverse array of functionality, such as being turned toward customers, who can view content, put in personal information, create a gift registry, etc.

This seems like it could potentially present pros and cons:

Cons:
What do you think? Do you like the idea of using iPads at stores, or do you prefer good-ol’-fashioned cash registers?

How to Use Social Media to Manage Your Online Presence
Why Customer Relationships Are Key to a Strong Brand Reputation
The ROI of Leveraging Corporate Social Responsibility
Covid-19 + Restaurants: How Mobile Chatbots Can Help
How to Increase Conversion Rates with Influencer Marketing
Tags: ipad,retail,technology