How to Bring Your Twitter Followers Over to Snapchat

Wondering how to turn your Twitter followers into Snapchat followers? Let’s be honest, some of us have spent years building an audience on Twitter.

We’ve tweeted and followed and favorited. However, today’s greener pastures like Snapchat are not to be ignored, and the audience you’ve built on Twitter can be valuable.

So, how do you get your Twitter followers to follow you on Snapchat? Here are a few tips:

The first step perhaps in your quest to get your twitter followers to follow you on Snapchat.

Via your Snapcode (that yellow ghost specific to your account), it’s very easy to add someone to Snapchat by simply scanning the code in the app. 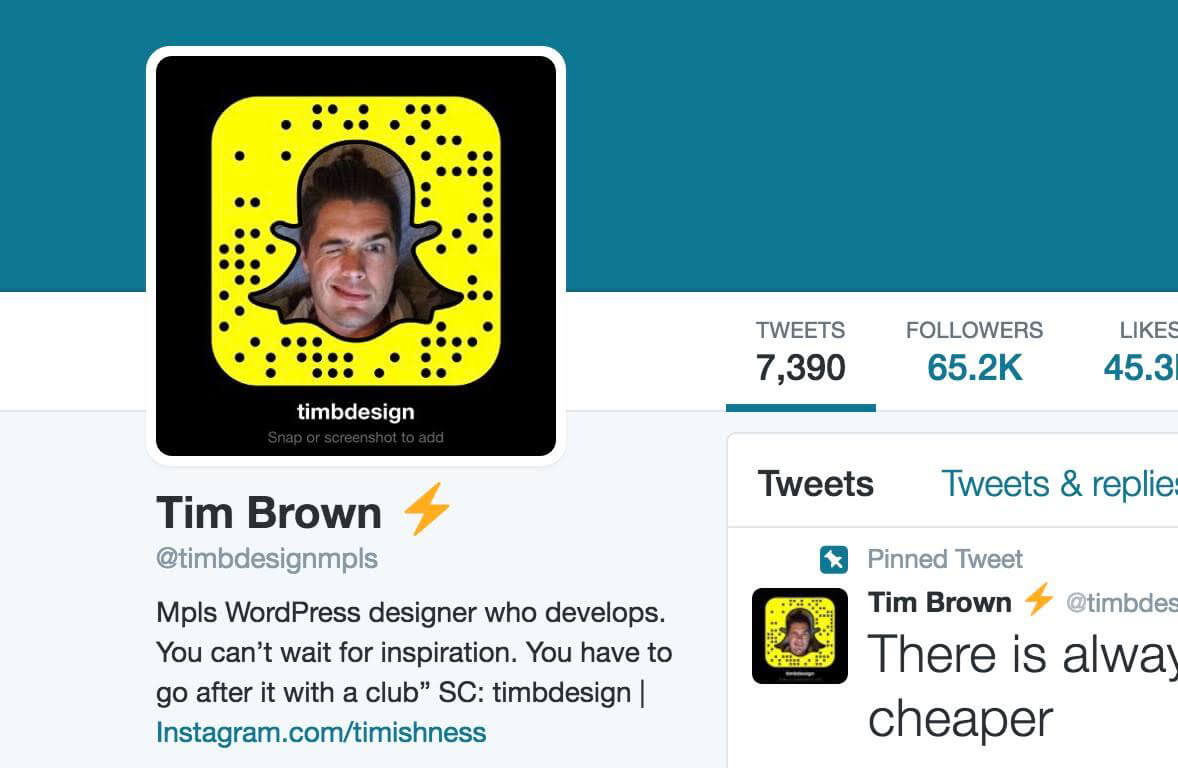 To make this as short as possible you can simply say “Snapchat: username” or “SC: username,” as people are starting to recognize that abbreviation.

I’ve gone a month without doing any other type of promotion and have had 10-20 Twitter followers come over just with this and the profile picture.

It’s very simple to save out your Snap stories, and it makes sense to give them some extra exposure if you have an involved Twitter account.

Save this for your best Snapchat stories — you don’t want to bombard certain Twitter followers that may not be interested.

It’s important to note that none of these strategies are “one and done” things.

Think of it as an ongoing process, or a habit that you get into as part of your broader marketing efforts.

If you have a longer series of Snaps for Snap stories, create the first Snap in a way that introduces the topic and piques interest and then save out the story before doing the rest.

Snapchat allows you to save out your stories, but will export all of them together so it’s a little simpler to do the export before moving on to parts B, C, D, etc.

By posting part A on Twitter and inviting people to follow you on Snapchat to get the rest you can successfully instill some FOMO, and hopefully deliver on the value proposition when they follow you for the rest of it — whether that value is humor, entertainment, or informational.

Experts that have this kind of following will get more from hosting a Q & A session than people that have 300 of their real-life friends and family following them.

You can also Snapchat yourself asking your audience if they have any questions (on the topic your most considered expert in) and tweet that Snap to your twitter following as well.

Other ways to amp up your Snapchat following:

Get started with the people you know!

If you’re a mom with a kid on Snapchat, you might have to be cool with your kid not accepting your request – that’s half the reason they’re on here and not posting this stuff on Facebook.

There are some very unsavory Snapchat directories out there, and but these ones seem legit from what I can tell.

Author Bio: Tim Brown is a designer and marketer for Snap Agency and creates websites that are built around business goals and that are built to attract traffic through SEO Marketing, increase influence with social media marketing and increase conversions through conversion rate optimization.